Here are case studies of some of the most successful content marketing campaigns:

Study these great content marketing examples to develop your own successful campaigns.

HubSpot has a record of consistently producing successful works that have helped position its brand as a thought leader in its niche.

The company offers a suite of software to help content marketing teams and supporting business departments, including marketing, sales, customer service and content management software. Its product line caters to companies with more than 1,000 employees and includes a pricing tier for firms below this size threshold. To attract this target audience, HubSpot publishes authoritative how-to content which has helped build its reputation as a thought leader in the inbound marketing space.

HubSpot initially focused its marketing efforts on smaller companies with 1 to 10 employees in which staff members typically bore responsibility for managing marketing along with a range of other tasks. As HubSpot expanded, it shifted its focus to larger firms with dedicated marketing departments.

By introducing this distinction, Halligan made HubSpot stand out as a thought leader in the digital marketing space. The chief executive officer also underscored the value of the type of digital marketing software HubSpot provides.Art: Logo available via company’s media kit.

By publishing content themed around inbound marketing, HubSpot has carved itself a place at the top of the digital marketing space.

Among companies with the best content marketing strategies, Buffer has distinguished itself for its innovative blogging strategy. Buffer provides a social network management app that allows users to schedule posts on platforms such as Facebook, Instagram and Twitter. To promote its brand, Buffer has deployed an innovative, multi-staged blogging strategy that serves as an excellent case study on how to get the most out of blog posts.

Building a Reputation by Guest Blogging

Buffer’s blogging strategy has unfolded through several phases. In its early stages, when the brand was just starting to build its online reputation, Buffer focused on contributing guest blogs to established sites. To identify guest blogging opportunities, Buffer relied on services that help pair blogs and writers, as well as on reaching out directly to editors of major sites.

To persuade sites to run guest blogs, Buffer would send out a pitch proposing a blog on a topic relevant to the site’s readers. Buffer produced 1 to 2 blogs a day to support this endeavor. This strategy helped generate publicity and backlinks that built Buffer’s reputation and generated traffic. Within 9 months, Buffer’s guest blogging strategy had generated 100,000 registrations for its app.

Meanwhile, Buffer began developing content for its own blog. This content initially was geared toward Buffer’s own target market. While this generated some results, it mainly attracted new social media users who were searching for tips on an individual basis.

Buffer then hit on the idea of shifting its focus from writing blogs directly for this audience to writing content for established influencers who already had large followings representing Buffer’s target audience. The idea was that these influencers would share Buffer’s content with their own audiences, rapidly multiplying Buffer’s outreach. This strategy quickly paid off, quadrupling Buffer’s social shares.

Over time, Buffer diversified its blog to include several different blogs, including one providing resources and another “open” blog providing a transparent look into the company’s culture. To promote its blog content, Buffer uses email marketing to encourage subscribers to read new posts. This combination of tactics has helped make Buffer one of today’s most successful content marketing strategy examples.

Investopedia has positioned itself as one of the Internet’s leading resources on investment and other areas of finance. The website provides information about general financial topics, investing and trading. Visitors also can find news about economic trends, stock updates, a stock simulator game, personal finance tips and reviews of financial products. Moreover, investors can take courses on financial topics, and professional financial advisors can sign up for classes on wealth management and how to build their practice.

Investopedia’s rich repository of financial information resources has helped push it to the top of search engine rankings. In 2017, the company saw a surge in traffic related to hot topics such as bitcoin and blockchain, pushing monthly website visits to 30 million. Investopedia’s success led to its purchase by IAC/InterActiveCorp, the holding company behind brands such as Tinder, Angie’s List, Vimeo and The Daily Beast. As of mid-June 2020, Investopedia holds an Alexa rank of 336 among all sites.

Investopedia owes its success in part to a well-designed website architecture that makes it friendly to visitors and search engines. The site’s architecture uses an approach to organizing content called a hub-and-spoke model. Under this design, content gets organized around posts on major topics, called hubs, which link to posts that dive into detail on related topics, called spokes.

This method of organizing content makes it easy for visitors to find basic information and then dig deeper into details. In the process, visitors click on additional posts beyond the ones they originally landed on, bolstering traffic for other pages on Investopedia’s site. This leads search engines to look favorably on Investopedia and treat it as an authority on financial topics. Search engines like the hub-and-spoke approach because it organizes content in a relevant way that reflects conceptual relationships between topics.

TED Conferences (short for Technology, Entertainment and Design) has established its TED Talks brand as one of the video marketing successes of the internet. The concept was conceived in 1984 by graphic designers Richard Saul Wurman and Harry Marks as a way of showcasing the convergence of technology with entertainment and design.

The first talk included demonstrations of innovations such as the compact disc and the e-book and cutting-edge 3D graphics from Lucasfilm. Over time, the talks broadened to include presentations from experts representing a wide range of fields, from science to business to religion. In 2006, the talks expanded to include a free online format, bringing them to a wider audience.

The online version of TED Talks, which includes video and audio podcasts, has proved a major success. The format has attracted a wide variety of top speakers, from Bill Gates to Bill Clinton to Pope Francis. The talks spun off into several specialized forums, including ones geared towards education, healthcare and women’s issues. TED’s YouTube channel boasts 17.3 million subscribers.

One reason for the success of TED Talks is its winning combination of authoritative content with multimedia marketing. By attracting widely recognized speakers, the TED format promotes an authoritative reputation for its brand, which tends to generate audience interest and priority ranking from search engines. In addition, TED leverages the growing popularity of video and audio content. This combination of factors helps account for TED’s success and illustrates the value of offering audiences unique, authoritative content in a multimedia format.

One of the most effective interactive content marketing examples of recent years has been Coca-Cola’s “Share a Coke” campaign, which leverages the power of personalization to promote customer engagement. In 2011, Coca-Cola’s South Pacific division was seeking ways to increase the beverage brand’s penetration among young Australian consumers. After entertaining various ideas, the company’s marketing department launched one of the more creative content marketing examples in Internet history, the “Share a Coke” campaign.

The campaign personalized Coca-Cola’s soft drinks by removing the company’s own branding from bottles and cans and substituting the 150 most popular names in Australia. Names were inserted into the phrase, “Share a Coke with [name].” Promotions then encouraged consumers to find a bottle or can with the name of a family member or friend on it and share it with them. The goal was to get consumers to buy products not only for themselves but also for family and friends.

The promotion proved to be Coca-Cola’s most successful campaign in decades. Young adult consumption of Coca-Cola in Australia increased 7% during the campaign’s first summer, establishing a record for summer sales and reversing years of declining sales. The success of the Australian campaign inspired Coca-Cola to extend the “Share a Coke” project internationally. In the U.S., sales increased more than 2% thanks to the “Share a Coke” promotion.

Coca-Cola decided to replicate its success by running variations on the original “Share a Coke” idea. To keep the campaign fresh, Coca-Cola has offered a series of creative options for labels, including nicknames, song lyrics and holiday destinations. In spinoff promotions, Coca-Cola even turned its labels into removable stickers and created personalized jingles.

The success of Pokémon GO reflects the convergence of several important content marketing trends. Developed through collaboration between U.S. software developer Niantic and Japanese video game titan Nintendo, Pokémon GO made an instant cultural impact when it introduced augmented reality gaming to the world in 2016. The game allows mobile device users to find, battle and train virtual creatures that appear as if they were in the user’s physical location. The basic version of the game is free, but users can make in-app purchases to access additional in-game items.

Pokémon GO proved to be the app smash hit of 2016. It attracted veteran gamers already familiar with the Pokémon brand to the mobile gaming space, while appealing to younger players raised on smartphones. The game generated 130 million downloads and $220 million in revenue its first month, catching unprecedented world records. Within the first 80 days after its launch, the game had generated more than 550 million installs and $470 million in revenue.

Surprisingly, the game continued to maintain a strong following after its initial hype, thanks to ongoing promotional efforts. Pokémon GO boasted the best month since its launch in May 2018, which saw 147 million active users playing the app. At the end of 2018, the game claimed an 84% market share among location-based games and a 92% revenue share. By 2019, Pokémon GO had passed a billion downloads.

Pokémon GO’s success stemmed in part from the fact that it largely was responsible for popularizing augmented reality with the mobile gaming community. Before its release, video game designers had anticipated the impact augmented reality might have on gaming, but the concept still needed to be proven in practice. Many experts assumed a business application of augmented reality would end up introducing the technology to the public. But Pokémon GO grabbed the spotlight, demonstrating that the masses were ready for augmented reality applications on mobile devices.

Pokémon GO also integrated location-based marketing with augmented reality by allowing players to find creatures at physical locations near them. When the game came out, smartphones already had the potential to support location-based marketing by leveraging GPS, but marketers had yet to tap that potential to its fullest. The release of Pokémon GO demonstrated that targeting smartphone users with incentives at specific locations was a viable marketing strategy.

Pokémon GO wedded the deployment of augmented reality and location-based marketing with a proven freemium business model for promoting mobile apps. The fact that players could download the game for free made it easy for gamers to start using the app. Once players got into the game, this created a natural opportunity to promote upsells of in-game items, generating revenue. This illustrates the value of offering free content to create a path to premium purchases. 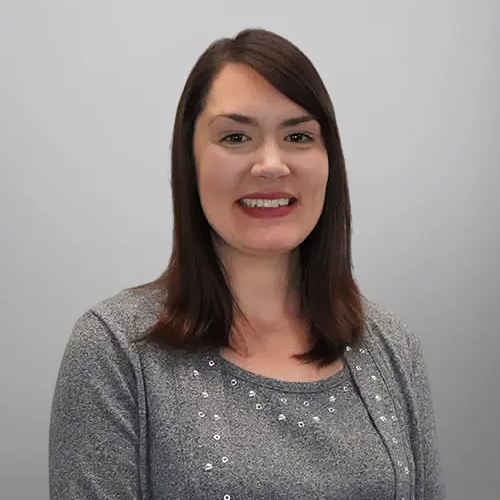 A prolific and versatile wordsmith, Erin crafts persuasive copy that entices and converts. Her repertoire includes SEO-optimized content, including blog posts, guides, content refreshes and website copy, as well as marketing emails, video scripts and landing pages, to name a few. In her free time, Erin enjoys gardening, yoga and riding around on her rusty but reliable beach cruiser, "Old Faithful." 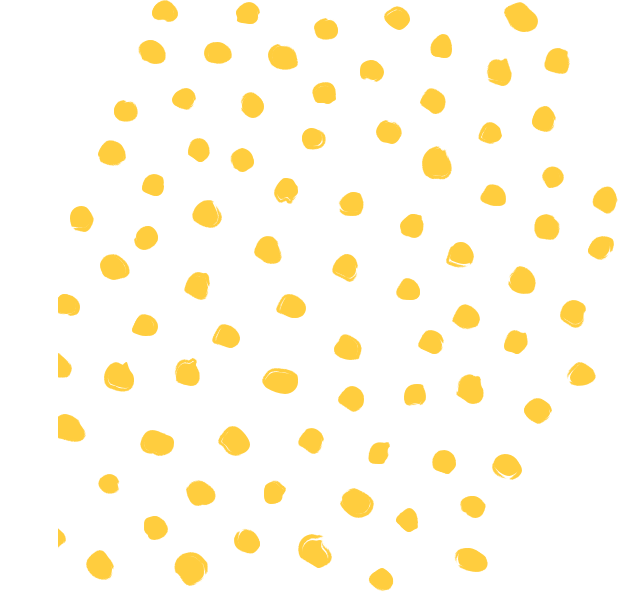